“
As soon as I saw the house, I looked around I thought, this is it, I hugged the chimney, and I knew this was my home. 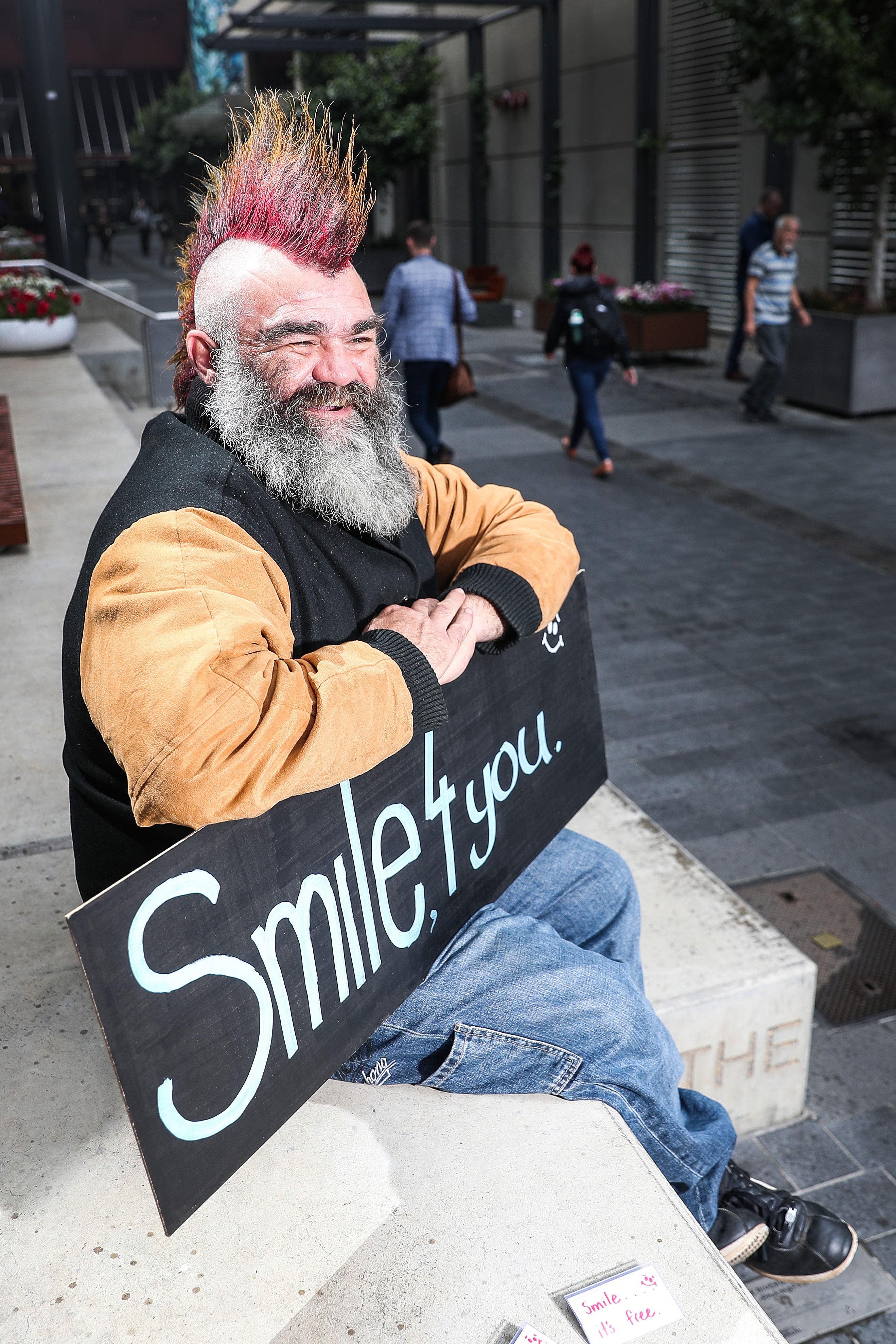 “I was in contact with the Street to Home crew for a while, I went into the office one Friday and they said, right, the government's decided to put everyone into motels and hotels, we want to get you a room.

“I didn’t want to take the room when I knew there was still women and kids on the street. So, for the next two nights, I did laps of the city, walked every street and when I didn't see any women or kids on the street, I walked into the office on the Sunday and said, yeah, I'll take a room now.

“I was moved into the motel for about three months from March to the end of May. Melissa and Sonia [from Street to Home] turned up and said we've got a place for you to come and have a look at, so I jumped in the car and came for a drive and had a look at it. As soon as I saw the house, I looked around I thought, this is it, I hugged the chimney, and I knew this was my home. That was the day before my 50th Birthday.

“I sit most days where Topham Mall and Currie Street meet in Adelaide with my sign, trying to get Adelaide smiling. A month or so ago, I was approached by this guy this journalist, [Colin James]. I didn't realise but he was one of the people that would walk past me each day and give me a smile and a wave every morning and accept my ‘have a great day’, that I say to everyone. He walked up to me and he asked me about why I do it and thought it would make a good story.

“If I can get somebody to smile, then they actually release a little serotonin into their own brain, and it lifts their spirit. Even if it's only for five minutes. That's a better day than they would have had without that smile. It’s taken me a while to get Adelaide back to smiling again but people seem to be lifting now that the pandemic is easing, they seem to be not so devastated.

“I pop into the Street to Home office every now and then and do my random smile inspections, as I like to call them, make sure they're all doing well. They've given me so much support. I try to give them some support back. I look at them as superheroes, and not every superhero wears a cape. I wanted to get them some capes so they can wear around the office! They do a brilliant job. What they're doing is an amazing thing.”

“One of the best gifts I've ever received has been the relationship that I've developed through my interactions with Street to Home.”
Making connections